Underfloor heating and air source heat pump for the scouts

Ground Sun are delighted to have designed and installed the underfloor heating and heat pump system for this new build project for the Scouts in East London.  The Ochsner GMLW 14 Plus ASHP provides 100% of the space heating and hot water requirements for this 350m squared building.

On entering the cavernous hall of the Scout headquarters on a bitingly cold winter’s day, it is easy to be baffled by how warm it is inside. The building, completed in late 2015, can accommodate more than 150 people and is heated to a constant temperature of between 18 and 20 degrees celsius.

Underfloor heating pumps out a generous warmth that allows continuous use, not only by cubs and scouts during the evenings and weekends, but by other organisations throughout the day.

How is this possible? How can the Epping Forest South District Scout Council possibly afford to keep its visitors in such comfort?

Astonishingly, the Scout’s heating and hot water costs have plummeted from around 2k a year in its previous headquarters to just  �70 a year in a building more twice the size of the one it replaced.

The heat pump acts like a fridge in reverse, extracting heat from the outside air and absorbing it into a fluid which is passed through a compressor where its temperature is increased, and this heat is transferred to the underfloor heating pipes.

“Our old building was so cold and run down that few people would come to it” he explained. “It was heated by a very old gas heating system in a building that leaked heat at a huge rate. Now all sorts of local organisations are clamouring to use the new facility.”

He said that there are around 800 young people in the ten Beaver, Cub, Scout and Explorer groups in his district, and most have a waiting list of young people wanting to join.

“But our biggest problem is finding the volunteers to run them,” he added. “Our aim is that the HQ will help with recruitment of volunteers. We can now run training programmes for them in a warm and comfortable environment.”

Steve said plumping for the air source heat pump was not a straightforward decision. He did not want to talk figures, but said the up-front installation costs were considerably higher than the gas and electric alternatives.

And he said it was probably only a Government subsidy for green initiatives, in the form of the Renewable Heat Incentive (RHI), that made the system viable.

The RHI scheme pays out to individuals and organisations who install renewable technologies like solar panels and air source heat pumps. Payments are made on a quarterly basis for twenty years.

“In our first year we received RHI payments of �460 to set against our fuel bills totalling �530. Without those, the higher up-front costs of installing the heat pump system may have been too much to have made it worthwhile.”

Other factors considered were that the gas and electric alternatives would also have incurred significant up-front costs. A gas system would have required an expensive new connection, and a standard electric solution a costly three-phase electricity supply.

Then there were the additional green benefits of being able to reduce carbon emissions which he said clinched the decision in favour of the low carbon emitting system.

“I am a bit of a tree hugger and the fact that we are using a solution that doesn’t rely heavily on fossil fuels is a really good thing,” he added.

“We are very confident that the system was the correct choice. I believe we can justifiably boast to be among the greenest Scout districts in the country.”

He listed several other benefits of the air source heating system.

“The underfloor heating solution means there is no need for large radiators or wall mounted air blowers. It makes our hall, which measures 30 metres by ten metres with several rooms around it, a brilliant space. The building is very highly insulated so once the target temperature is reached the heat loss is minimal. That reduces the need to manage the heating because we know the hall will always be at a reasonable temperature. That is important as we don’t have a full time caretaker and those of us who do get involved are all volunteers. While the system still needs to be serviced the requirement is a lot lighter than for a gas system, which again is a cost saving as well as a reduction in the overall fire and safety risk. And we have reduced our base energy input which leaves us less exposed to future increases in the cost of energy.”

The new district headquarters is called Rovsco Hall and is situated a short distance from Snaresbrook Station. It replaces a prefabricated building constructed in 1977 as a short term measure.

It was built for less than 300k by two local companies. The structure was designed and erected by Woodford Interiors and the heating system was installed by the Wanstead based renewable energy company Ground Sun, which specialises in low energy construction.

Paul Plane, who was chairman of the district during the build, said:

“I am baffled as to how these local companies built our HQ to such a high standard within our budget.  They used local sub-contractors wherever possible, so there is a genuine feeling that our HQ has been built by the community for the community.”

“I have two sons who had great fun in the Scouts in Wanstead, learning camping and cooking outdoors, so I am delighted to be part of this project which will support young people in this area for years to come.” 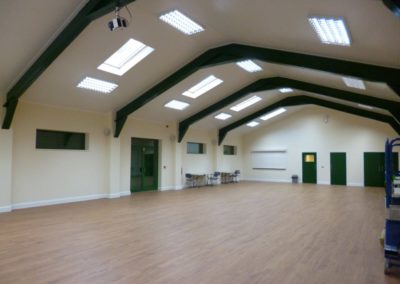 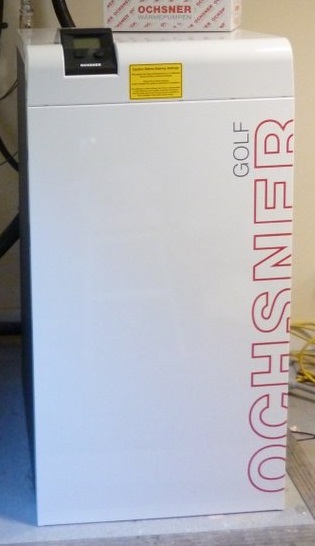 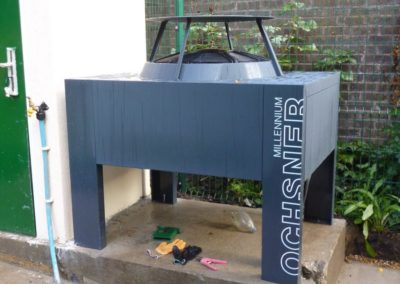